I met and interviewed a most interesting millennial Funeral Director/Owner/CEO this last week about leadership and the keys to growing a business.

Nathan Morris is 37 years old and is not just a funeral director, he is a funeral home and monument company owner, he has a popular podcast called You’ll Die Trying, and is a singer/songwriter/musician. He is an activist and proponent of the need to “Revolutionize the Profession”.

Nathan’s background began with his love for music, and he was headed to fame and fortune in the music world. In 2010 he won the Indie Charts Independent Artist of the Year award.  Somewhere along the way, however, he changed careers, as he met and married a funeral director’s daughter. It took him 4 hours to convince his future father-in-law to give him a chance to prove himself that he could succeed as a funeral director/embalmer. In 2012 he enrolled in Arapaho Community College of Mortuary Science in Denver, CO. Now in 2022 he is the owner of Morris Family Services with 10 rooftops in Kentucky and Indianapolis. I am certain he has proved himself. His father-in-law died this last year and he shared with me that he had promised him 3 things.

During the pandemic, he began writing songs again as he watched so many go through the pain of loneliness, isolation, and grief and realized that he and his staff were also feeling the same.

This year Nathan published his first song titled YET which tells the story of how families feel after they realize this is the last time they will physically see their loved ones on this earth. As they are standing at the casket or bedside, they share words like “I’m not ready to go yet”.

Nathan shares that he hopes his music and podcast will resonate with others as they are facing a loss and/or working in the profession. His posting of YET has gone viral on TikTok with over 321K followers and close to 30 million views. I would venture to say that his message is resonating. Additionally, those posting on Nathan’s TikTok are asking how to become a funeral director and thanking him for sharing about our profession so openly that they now understand why what we do makes a difference. Look for nathanmorrismusic on TikTok to see more.

I was able to get a sneak peek at some of his other songs. The one that resonated with me the most is called ‘The Laundry Room’. He read a comment from a colleague who said she needed to go cry in the funeral home laundry room as she needed a private moment to deal with her many emotions.

Those of you that know me well, know that at Baue’s we put in two private rooms called Quiet Rooms for our staff to take private breaks, listen to music, relieve stress, take a nap, etc. I suggest to all my clients and all the funeral service employers and manager out there, please, please find places better than a laundry room for your staff to have private moments!!!

Readers, I guarantee you, that you will be hearing more about Nathan and his music. He has a concert coming on August 6th in his hometown called When the Curtains Close. If you would like tickets, visit www.NathanMorrisMusic.com. It will be recorded as well, so stay tuned to watch it on various platforms.

The two additional and wonderful things Nathan is doing is providing tours of his funeral home after the concert to help people better understand our profession and how we help people. The second is that 100% of the concert proceeds are going to benefit the National Suicide Prevention Lifeline (9 8 8). Nathan is a strong believer in supporting his communities and those who mourn.

Nathan, I am sorry your dad-in-law cannot be here in person to watch your concert, but I am certain that he will be with you on concert day and know that he is so very proud of you. You have accomplished Promise Number 3; you are on the path to revolutionizing our profession. Keep up the revolutionizing work Sir Nathan. There are 30 million plus this one “Funeral Director/Coach” that cannot wait to see what you do next.

Readers, listen in to the Your Funeral Coach Talks podcast episode I just completed with Nathan Morris and get to know this revolutionary changing young man. The episode will be available to listen to Thursday, July 28 on our website or wherever you access your podcasts.

Get to know the areas of expertise you can tap into.

"Wishing you a blessed Thanksgiving and Happy Cranberry days"

"The FTC vs Marketing Well with Sean Fagan"

Email for more information to info@yourfuneralcoach.com 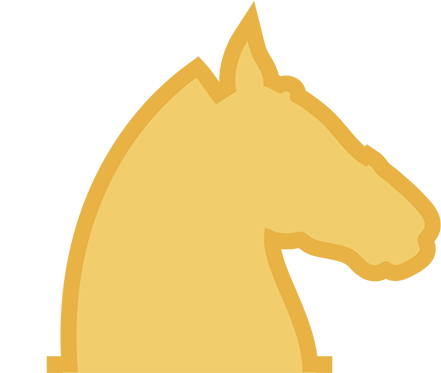